International Fashion Academy, better known as IFA Paris, was founded in 1982 in Paris with its signature program, the Bachelor Fashion Design and Technology with the aim to combine French fashion heritage with the modern globalized world.

Intending to make IFA Paris a truly international school, Olivia Chai and Patrick Kouzmine-Karavaieff, the co-founders, opened the Shanghai campus in 2002. The partnership with Shanghai University of Engineering Science (SUES) gave birth to the first Sino-French joint-venture in fashion education.

In 2009, IFA Paris decided to extend the range of the programs on offer by launching its first MBAs both in Paris and Shanghai in addition to the two existing bachelors at the time, Bachelor Fashion Design & Technology and Bachelor Fashion Marketing. 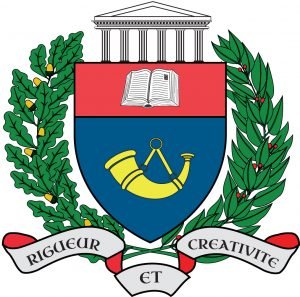 In 2013, with an ever growing student population, Paris’ campus was moved to a bigger location at the heart of the developing 19th arrondissement overlooking the famed canal de l’Ourcq.

During the same year, Istanbul’s campus was opened under the leadership of Adile Cretallaz where it cooperates with one of the most reputable universities of Turkey, Bahçeşehir University.

Anchoring its development around sustainability and fashion tech, IFA Paris was eager to pioneer the latter and launched in 2019 Foundry Powered by IFA Paris, the very first fashion tech innovation lab in France. Foundry is located within Paris’ campus and fosters a startup program as well as a new MBA Fashion Technology dedicated to fashion tech.

Simultaneously, through different measures and modifications and by incorporating sustainable perspectives in the vast majority of its academic programs, IFA Paris has initiated the transformation of the school into a Corporate Social Responsibility certified institution.

In 2020, IFA Paris led the way once more by launching its new e-learning entity named IFA Paris – Learn Online. With a unique concept titled IFA Paris online switch system, students have the possibility to migrate from an online program to a physical one in a smooth and easy fashion since the programs on offer online and offline are totally identical. The Learn Online offer encompasses most of the programs that made IFA Paris reputation.